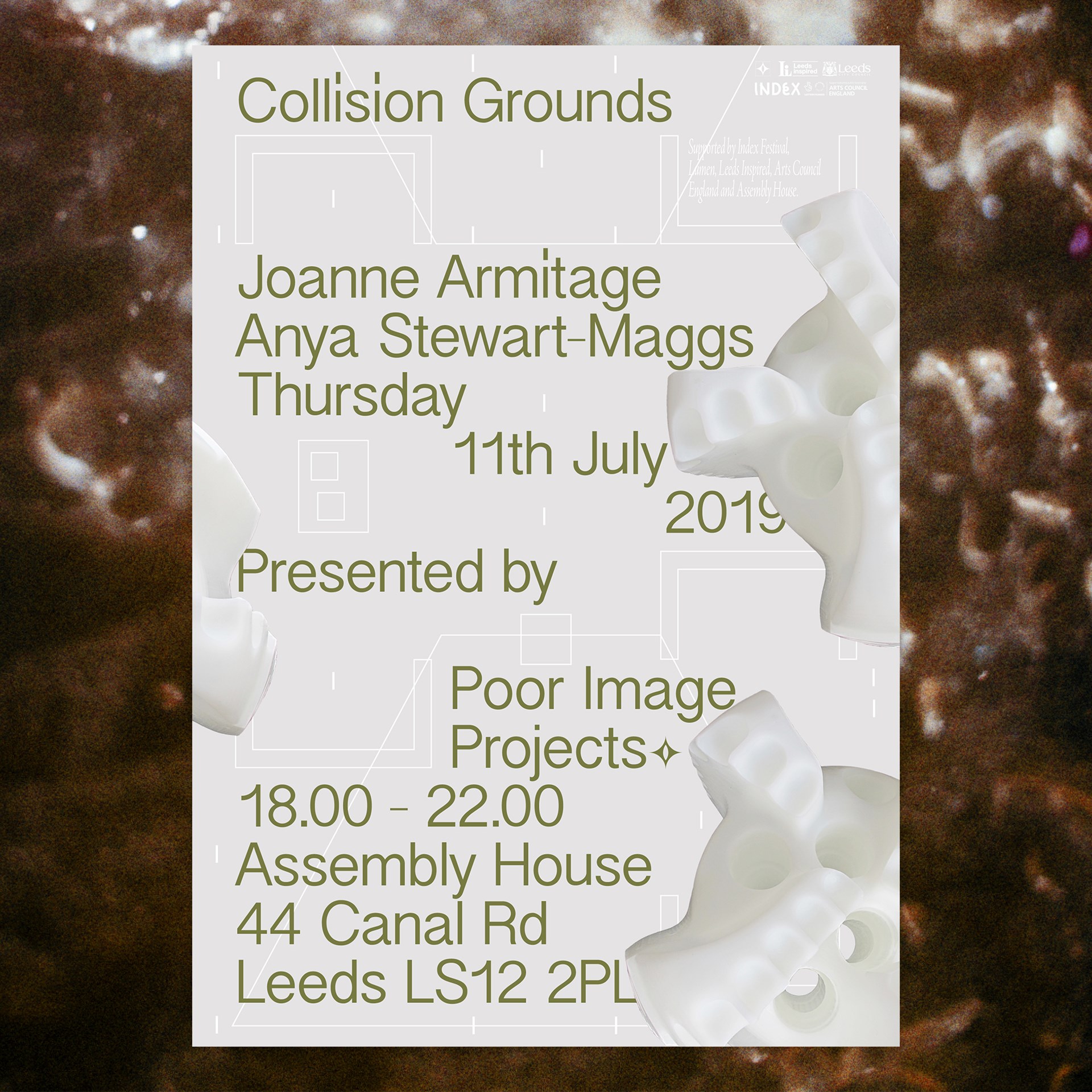 More from this organiser

More from this venue

Poor Image Projects presents a performative audio-visual installation by Joanne Armitage and Anya Stewart-Maggs. This new collaboration brings together their overlapping concerns around creating immediate experiences for the body with moving image and sound.

Joanne Armitage is an internationally recognised live coder and contributes to groups including laptop ensemble, OFFAL and algo-pop duo ALGOBABEZ. In 2019 she curated SXSW’s first Algorave supported by Lush, PRS Foundation and British Underground. Recent projects include a coding cultural exchange between Yorkshire and Tokyo funded by Arts Council England, British Council, Daiwa Foundation and Sasakawa Foundation. As part of British Council’s Amplify programme she gave a workshop-performance at Mutek Argentina. In 2018 she was the recipient of Sound and Music’s Composer-Curator fund and is a resident at Somerset House Studios.

Anya Stewart Maggs is an artist and filmmaker based in Leeds; alongside artist Bethan Hughes she co-runs Poor Image Projects, a nomadic AV and moving image platform and event series. She is currently part of the ‘Into the Wild’ 2019 programme at Chisenhale Studios, London, and has previously exhibited work at East Bristol Contemporary, UK, Set the Controls for the Heart of the Sun, UK, and Lemvig Cinema, Denmark. As a filmmaker she has documented events, workshops and performances of artists, musicians and technologists.